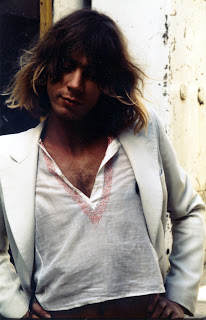 Kevin Ayers passed away this week. I was introduced to his work by Ultramarine knowing Robert Wyatt beforehand but not Kevin. Some damn fine stuff in his solo back catalogue. This is Ultramarine's version of Hymn with Kevin on vocals. The ep release has some really good remixes as well as a wonderful vocal on the lead version by David McAlmont.

His Socks Often Fell To His Ankles 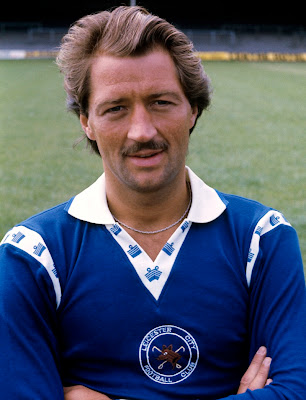 Working from home today and as Loafson and Loafdottir did their best to delay the walk to school we got a text offering Loafson a ticket to Leicester Vs Forest with his mate at the Walkers Rosebowl Soccer Stadium. Just one ticket. Not one for his dad. The football hating dad. Me. What?!?!?

He's only six whereas I was ten when I first went to Meadow Lane to see City eek out a 0-0 draw with Notts County. This was a few years after Elvis had left the building and some jug eared clown fond of potato snacks may have played that day. My lasting memory was the terrace, the stench from the toilets and the terrible, terrible stench from the burger van. Over the next couple of years I went to Filbert Street a number of times with my older brother and Dan D's family. Dan was and still is, a great chap leaving a well paid job to take up a job at the local care home. Him taking us to the football was especially good of him. Our dad had just died and so his generosity went further than a ticket and a burger. Him taking the boys out of the house meant my mum could have a bit of peace with my younger sisters. Well, she bought the drum kit!

So Loafson's going to his first ever professional game without his dad. So did I.


Anyway, I went down the club shop at lunchtime and bought him a wooly hat featuring the logo Frankie boy wears above. Don't tell him or his mum, it's a surprise. Tears? Nah, just a bit of moisture mate.
Posted by Tedloaf 1 comment: 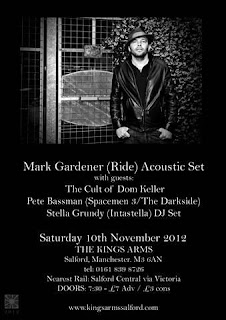 A beat combo that I associate with tread the same boards as Mark Gardener ex of Ride on Wednesday this week with the man heading to Manchester at the weekend. Manchester? Sorry I'm meant Salford.Also on the bill is Pete Bassman (alright Dave!) and Stella Grundy, actress, dj and former singer with Intastellar a band that were quite fantastic, people.

Intastella had some success at around the same time as fellow travellers World of Twist but crucially, Intastella managed to release significantly more records cut from an exoteric cloth of quality and girth. Manchester made so much more sense than the Thames Valley. Still does.
Posted by Tedloaf 2 comments: 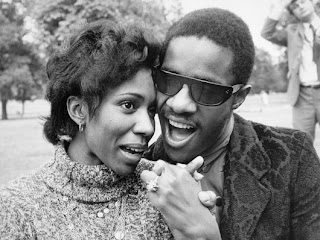 Rita Wright aka Syreeta Wright aka Mrs Stevie Wonder. If you like your soul with added squelch and Little Stevie backing yelps then this should certainly float your boat. A serious check your pulse moment if it does nothing for you.

Here's Stevie's version which I don't think hold a candle to Syreeta's.


Posted by Tedloaf No comments: 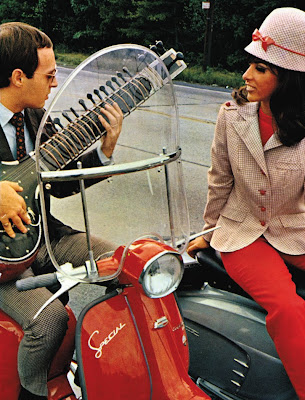 I've got to plug my turntable in. I've got to. There's so much stuff there, so many unplayed gems, so much fluff and so much music which is music, both rhythm and blues and jazz as someone may have once sampled. I'm selling Vinyl on eBay. It's a thankless task and who knew that obscure indie would go for silly money whilst anything that would make you shake your hips shows no sign of moving. Kids today....

Meanwhile, I've found a file of vinyl rips from a few years ago.

Obviously I have no interest in the associated LP sleeve. Spots and checks? What was he thinking?
Posted by Tedloaf 4 comments: 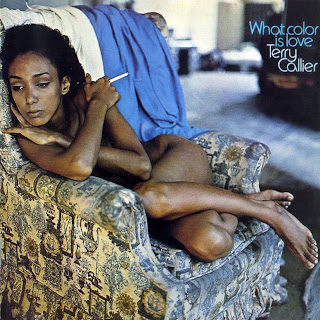 The video below is a live version of You Goin' To Miss Your Candyman from What Color Is Love which I got into about 10 years after hearing Ordinary Joe & Take A Look At Me Now whilst on the Mod/Northern scene. It features Jim Mullen on guitar who I copped a load of technique from which the man himself may have copped from Wes Montgomery.


Terry saw a resurgence of interest on the back of the 80s Mod/Acid Jazz crossover but before that there was this courtesy of Wikipedia...

Callier was born in the North Side of Chicago, and raised in the Cabrini–Green housing area. He learned piano, was a childhood friend of Curtis Mayfield, Major Lance and Jerry Butler, and began singing in doo-wop groups in his teens. In 1962 he took an audition at Chess Records, where he recorded his debut single, "Look at Me Now".[2] At the same time as attending college, he then began performing in folk clubs and coffee houses in Chicago, becoming strongly influenced by the music of John Coltrane.[3] He met Samuel Charters of Prestige Records in 1964, and the following year they recorded his debut album. Charters then took the tapes away with him into the Mexican desert, and the album was eventually released in 1968 as The New Folk Sound of Terry Callier.[2][4] Two of Callier's songs, "Spin, Spin, Spin" and "It's About Time", were recorded by the psychedelic rock band H. P. Lovecraft in 1968, as part of their H. P. Lovecraft II album.[5] H. P. Lovecraft featured fellow Chicago folk club stalwart George Edwards, who would go on to co-produce several tracks for Callier in 1969.[5]


The plot thickens with Urban Speicies featuring MC Solar that lifts the original Candyman riff and uses it wonderfully in "Listen". I find a lot of the Acid Jazz & Talkin' Loud stuff has dated badly but this piece of Angle/French rap still hit's the Dijon.

And you all know The Original Ordinary Guy don't you? From First Light? I just can't teach you cats anything can I.....
Posted by Tedloaf No comments: 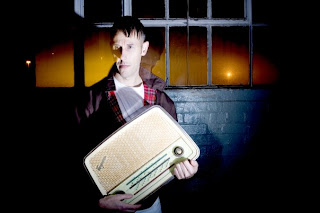 A blatant plug for the Leicestershire's Gentleman's Gentleman of choice, Misterlee. The man himself has probably been "at it" since he was a child mainly behind the traps with Misterlee being him on his todd since 2002 with additonal live support courtesy of guitarist Jamie Smith and Michael Oxtoby on violin & bass. 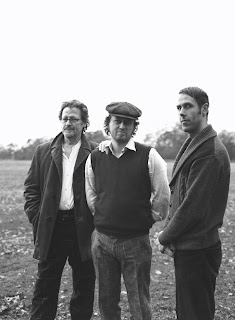 Oxtoby moved to Cornwall leaving Lee & Jamie to play this gig back in 2009, one that I was in the audience for that subsequently became the subject of the ill-informed Loaf versus Musician Blinded By The Light cival case the details of which will not sully this post....go to 2.00mins or so for the first half of Stags Of Schipol - Live!

It was the lead off single from third album The Disquiet Dog and frankly, I've no idea why a 9 minute ode to Amsterdam's darker tourist delights didn't make daytime radio. Having said that the next single, We're Alive Here, swings like no other and is well worth buying the album for.

Magnesium Horses is from 2005's Night Of The Killer Longface and gives a taste of the more soulfull side of Misterlee, an Alternative Rock Act (wtf?) from Leicester.

Fun Filled Trivia Fact - It is assumed that Lee has recorded with Bill Drummond but he's far to much of a gentleman to ever admit it in public.
Posted by Tedloaf 1 comment:

Tedloaf
Legal: The audio on this blog is intended for listening pleasure only and has not been posted for any kind of commercial gain. If you are the writer or copyright holder of any of this material and would like it removing from the site please let me know...